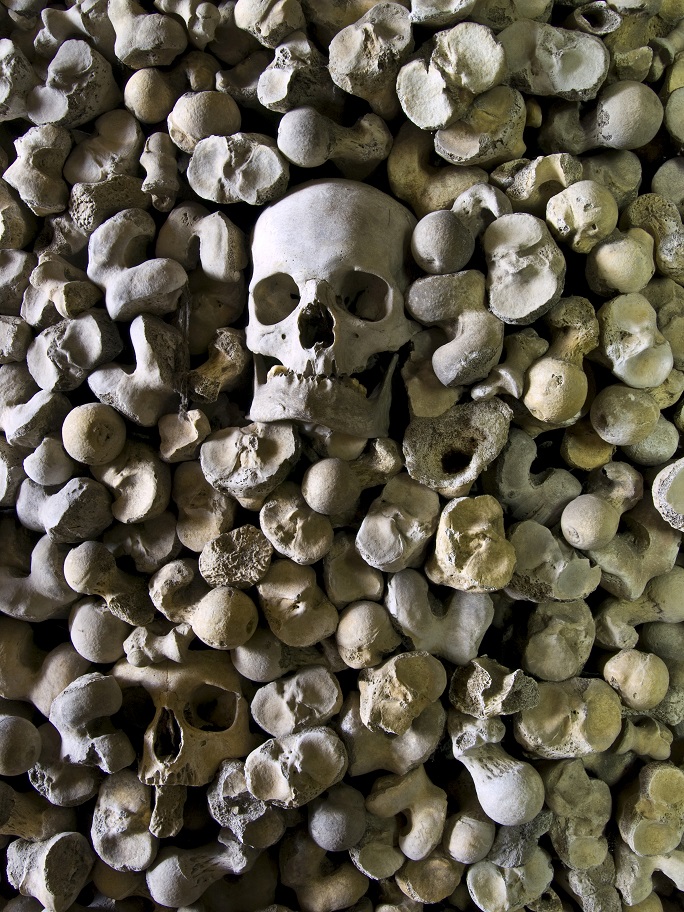 Ghostly Events: The Haunting of a Young Estate Agent

I started my first job during a wet and cold January, many moons ago. I was working in Hythe for Furlongs, an Estate Agency name that long ago disappeared in the surge of acquisitions that dominated the mid ’80s.

As the young trainee I was given the jobs that others avoided like the plague. Paint the office; yes I did do that in my first weeks of work, obviously I made tea and coffee ad infinitum, stood and photocopied for hours (at least we had a copier, the handle cranked copy machine left the office the November before I joined) and typed envelopes on a, you guessed it, manual typewriter. Our secretary never forgave us when we took her manual machine away and replaced it with a new fangled electric one, she proceeded to try to smash the keys through the base of the machine as she typed for some months to follow till she got used to it.

I wasn’t supposed to interact with the public until I was properly trained and experienced, but then there was the call to do viewings at the haunted cottage!

We had a charming little terraced cottage for sale. I thought it was charming anyway. It looked over the churchyard in Hythe and was a vacant property. It was old and the archaic interior seemed to not encourage many viewers even back in those more accepting days.

We were still in wintertime when I was instructed to go and do a viewing by one of the girls in the office. I looked at her quizzically when she told me to do it. ‘Why don’t you want to go and do it yourself?’ I asked. I thought she’d complain about the cold and wind that was whipping along the High Street.

“I’m not going along there, it’s haunted!” She instantly replied.

“Don’t look at me,” said one of the others, “strange things happen there!”

I smiled at them and shrugged my shoulders, I was seventeen and invulnerable. I collected the keys, wrapped myself up in my coat and stepped out into a cold blustery day to go and do the viewing. Dark clouds crowding overhead bore down upon Hythe town following me as if intent to see what happened.

Despite the cold wind I was quite cheery.  I was still quite new at my job so being let loose upon the public and getting to visit a house was exciting. I climbed the hill to where the cottage was and as I came alongside the graveyard rain began to fall, it whipped across the gravestones driving me toward the front door of the cottage. I climbed a few steps, put the first key in the door to unlock the mortice, then put the Yale key in the upper lock and opened the door. I had a torch in my pocket as our instructions were to keep the electricity off between visits. The house was lightly furnished and although darkness hadn’t fallen the weather outside meant I needed the torch to find my way into the understairs cupboard and flick the power switch on.

Bare light bulbs hung from twin flex cabling but even without shades they struggled to illuminate the small rooms of the house. A damp musty smell pervaded throughout and the house was chill, the sort that seeps into your bones when you’re stood for any length of time. I had no real history of the property but, as a knock on the door announced the arrival of the viewers, any concerns over ghostly denizens disappeared from my mind.

The viewing was somewhat disappointing for all concerned, I didn’t get to make a sale and the viewers didn’t find the home of their dreams. Storm clouds outside and the tops of gravestones may be atmospheric but are not necessarily conducive to calming buyers of a nervous disposition.

Disconsolately I bade them farewell, turned off the electricity, pulled the door to, locked it and pulling my collar up against the elements, sunk my hands into my coat pockets and tramped through the drizzle back to the office.

I stepped through the door to a group of expectant faces.

“Sorry, I haven’t sold it,” I mumbled apologetically and then added, “it’s a great little cottage though and I don’t know why you think it’s haunted, I didn’t sense anything strange in there.”

They looked at each other and then someone said,

I looked quizzically at them and frowned. I drew my hand from my coat pocket with the key ring to show them and then it was my turn to hesitate. The Yale key was missing.

“It’ll be waiting for you on the doorstep when you go back, it always is!”

I wasn’t particularly keen to go back out into the rain, nor on the idea of revisiting the cottage but I was missing a key and by all accounts it would be in plain sight of anyone passing. Not that anyone was venturing out that afternoon, the high street was devoid of human presence.

I hurried back with some misgivings and as I approached the cottage steps I took the torch from my pocket, shone it ahead of me and there, in the gloom I saw the key exactly where the girls had said it would be!

Why I didn’t just grab the key and head back to the office I don’t know, instead I put the key back on the ring, unlocked the mortice, turned the Yale and shone the torch into the cottage. It seems somewhat silly to think that I went all over that house in search of something to explain what was happening. There was nothing of course, why would there be? Heaven knows what I would have done if a floorboard had creaked, a door swung to or something had slipped from a shelf. Once again I turned the lights off, the electricity and then locked the door pulling it shut firmly, pushing it to make sure the Yale lock had engaged. I locked the mortice, flicked the torch off and dug my hands once more into my pockets, clutching the key fob tightly as I marched back to the office.

I stepped back in and pulled the fob from my pocket with a smile on my face and then swallowed nervously. Once again the Yale key wasn’t there!

I stood and looked at the key ring for what seemed like an age and with something of a sense of dread I turned and headed back to the cottage. I wasn’t in such a hurry this time and my mind was going round and round pondering what could be happening.

The key was waiting for me on the step as I knew it would be. The rain and chill wind didn’t help my disposition. I don’t know what possessed me to go back into the house once more but I did, I just knew I had to solve this and find out the truth.

Minutes later I was sliding down the hill in the rain, stumbling time and again, rushing back to the office faster than I thought possible. As I dashed along the High Street I could see there were no customers in the office, I burst through the door, spun on my heel, slammed the door shut and leant against it with all my weight breathing loudly as if my lungs were about to burst.

The girls had jumped up from their desks and one shouted, “What on earth happened?”

It took a moment for them to realise I was laughing and I turned to the room, held up my hand and there were both keys safe and sound attached to the fob.

There was no ghostly intervention at the cottage. The key fiend was a poorly crafted homemade ring of metal. It connected to the fob and held both keys. It was made of thick wire bent in a circle which overlapped and allowed you to slip keys onto the ring. It didn’t bind properly. Something had bothered me about it when I put the Yale key back on previously. This last time as I closed the cottage door I watched the key ring intently, stupidly half expecting to see a ghostly hand intercede as I turned the key in the mortice lock.

What I in fact saw was, as my hand turned, the Yale key sliding round the wire ring, finding just enough gap to slide off and drop onto the ground and sit on the step beneath. I swapped the Yale to the other side of the mortice key, applied a little pressure to the wire ring to close it up and problem solved, ghostly intervention altogether banished and sanity restored.

Oh, and yes we did sell the cottage and the only sounds came from the renovation. 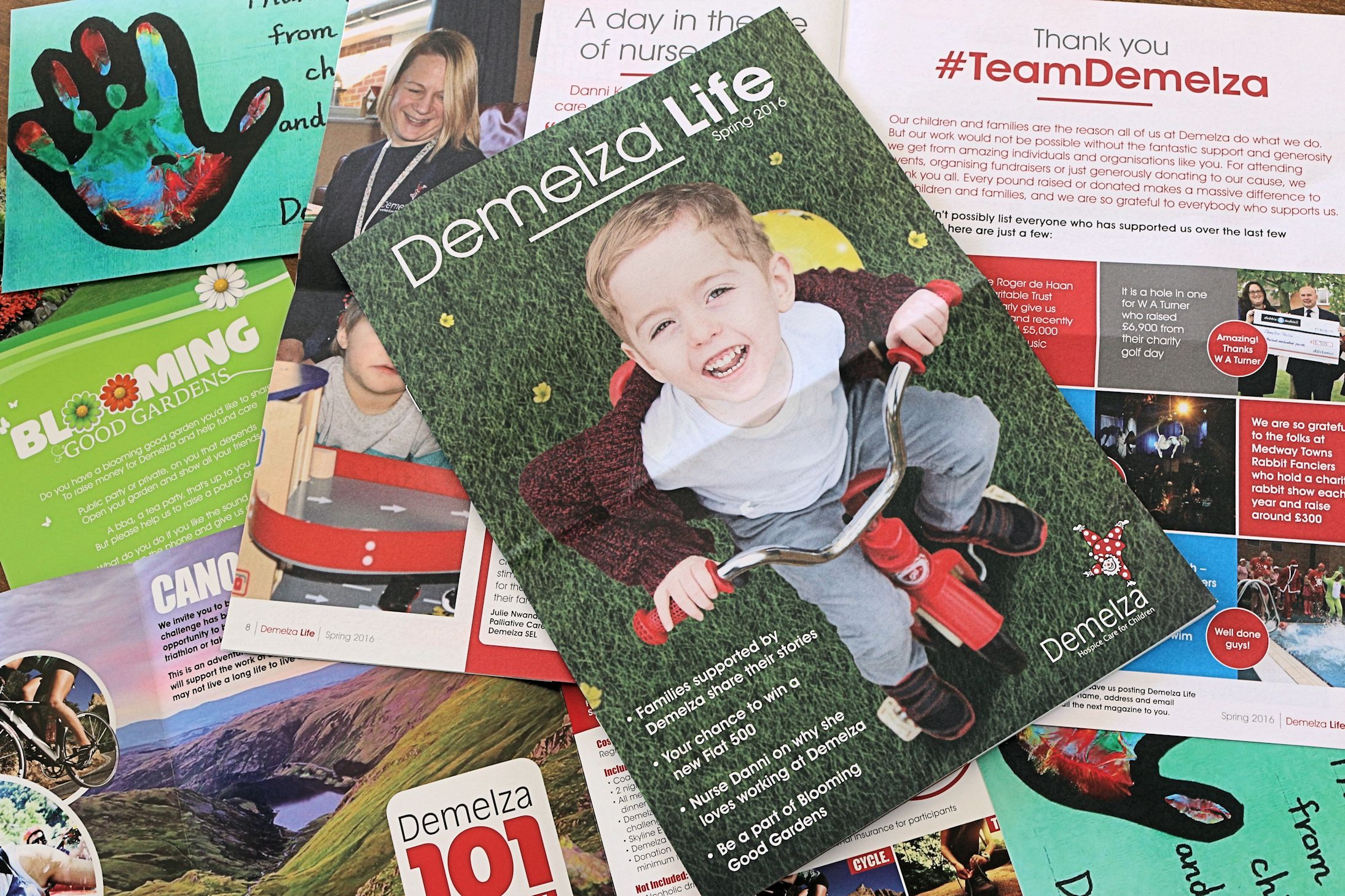 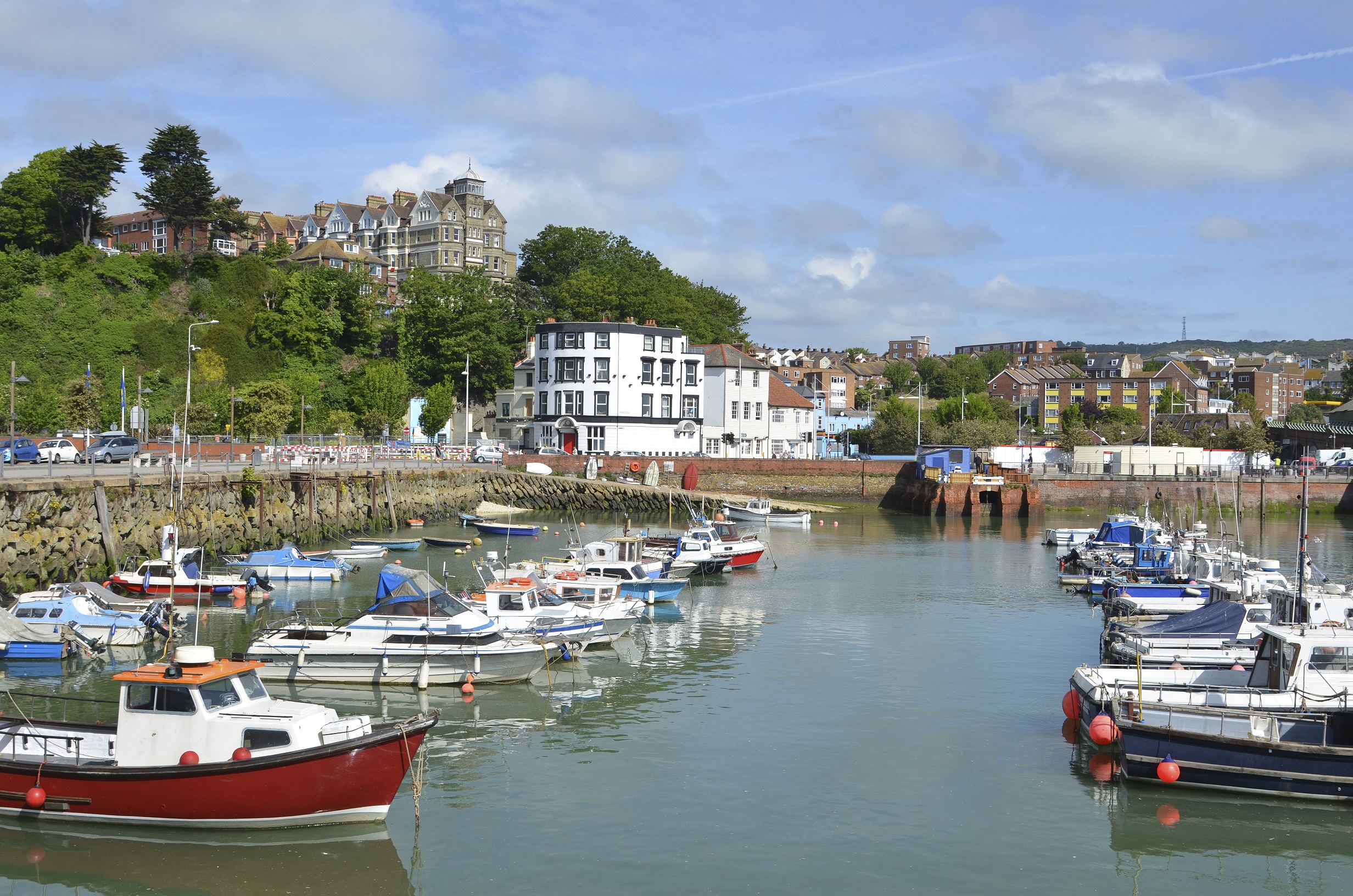 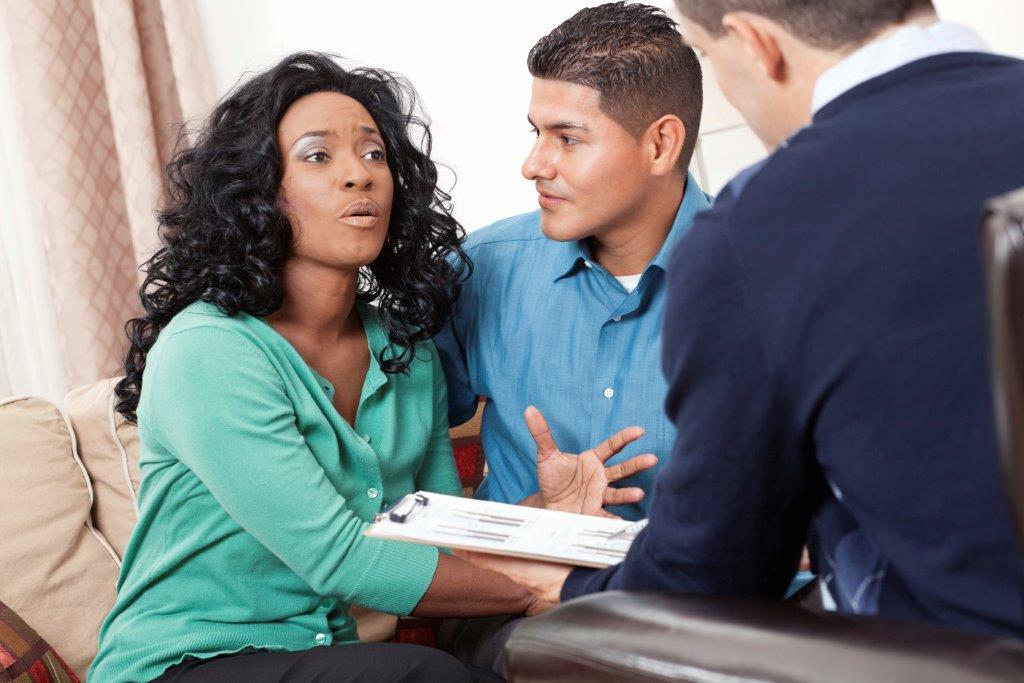 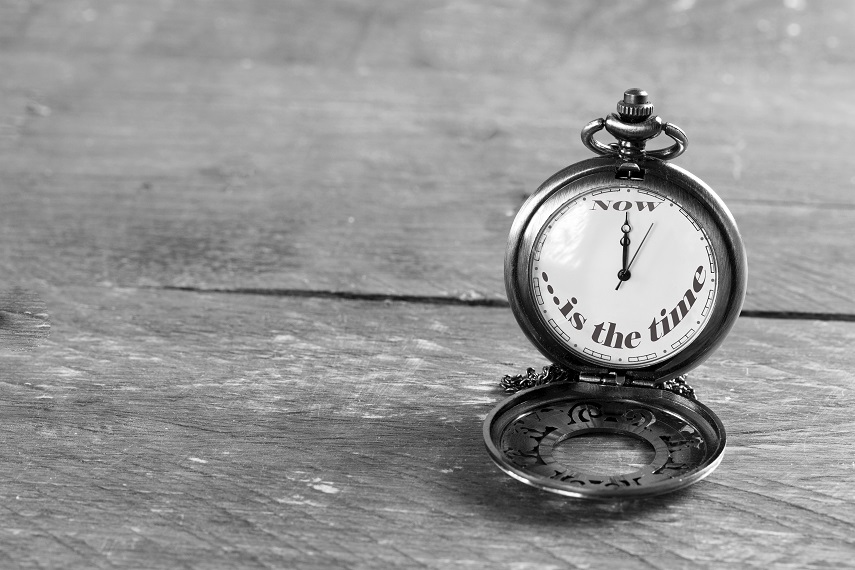 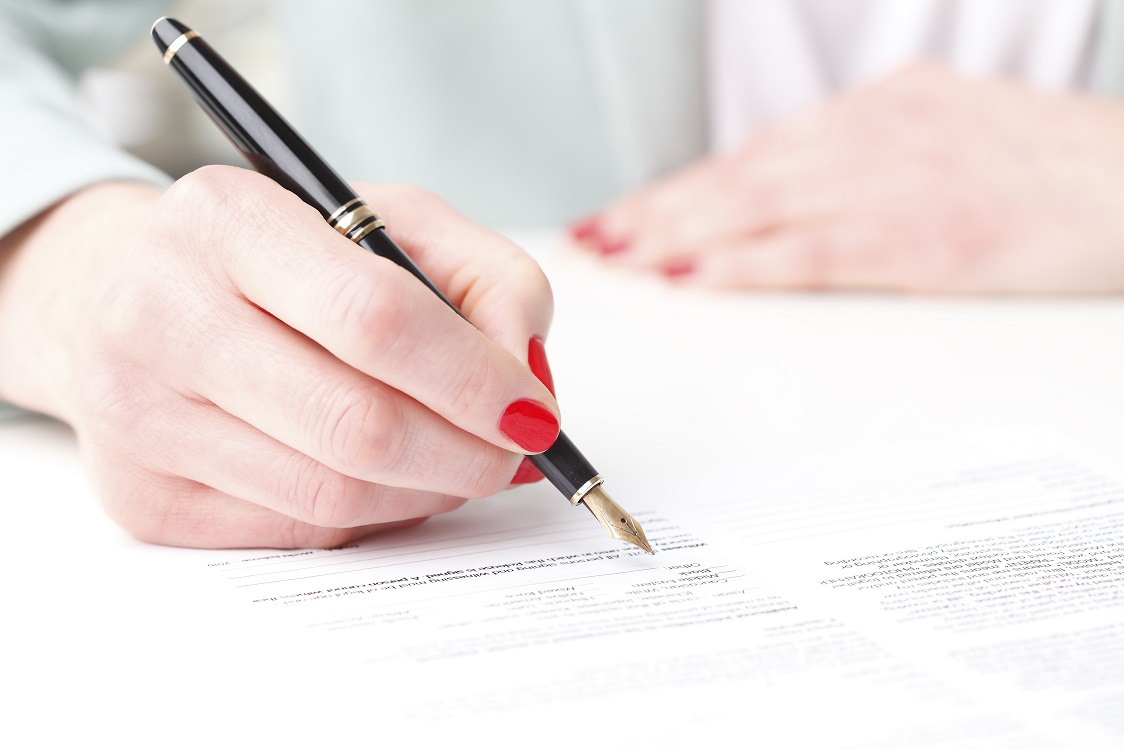 Choosing a Solicitor: Why does it matter?